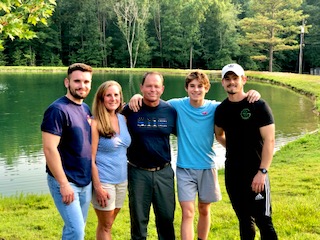 Dr. Curtsinger lives in Indian Land but is originally from Kentucky. He received a B.S. Degree in Animal Science from Eastern Kentucky University in 1987 and graduated Cum Laude from Auburn University College of Veterinary Medicine in 1991. While in veterinary college, he was a member of the Phi Zeta Veterinary Honorary Society, a small animal clinical student resident and a volunteer firemen/EMT. He was awarded the Small Animal Clinical Proficiency Award, the Merck Veterinary Academic Award and the Community Involvement Award while in veterinary school. Immediately after graduation, Dr. Curtsinger entered a small animal medicine/surgery internship program in Ohio. He completed the internship and moved to Pineville, North Carolina in 1993 and has worked at several larger hospitals in South Charlotte including Carolina Veterinary Specialists. In 1998, he became board certified by the American Board of Veterinary Practitioners in Canine and Feline Practice. There are approximately 350 board certified Canine/Feline Dilpomates in the United States and only 3 in South Carolina. The American Board of Veterinary Practitioners is one of the few specialty organizations that require its Diplomates to recertify every ten years, ensuring the Diplomates stay current with the latest developments in medicine and surgery. He has served on various committees in the ABVP including the Exam Committee Chairman.

Dr. Curtsinger is married with three sons, two dogs, three cats, a miniature donkey, ducks, chickens, and one miniature cow. He enjoys fishing, camping, and spending time outdoors. He was a member of the Pineville Volunteer Fire and Rescue for fifteen years and has served in various positions including Treasurer, Captain and member of the Swift Water Rescue Team. He and wife are members at GraceLife Baptist church.

Dr. Curtsinger’s goal was to develop a high-quality hospital that provides the latest, most progressive veterinary care yet still retains a small-town, personal atmosphere. His vision became reality on April 26, 2004, when he opened Curtsinger Animal Hospital. 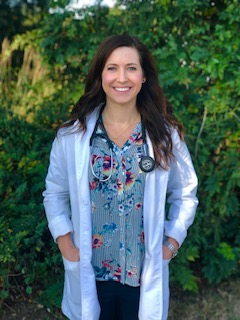 Dr. Parlier is originally from Mobile, Alabama and moved to the Carolinas in 2003. She received a Bachelor of Science degree in Biology from Queens University of Charlotte in 2011 and graduated from veterinary school at Ross University School of Veterinary Medicine with honors in 2015. Her clinical year training was performed at Auburn University School of Veterinary Medicine. Dr. Parlier’s veterinary interests include small animal general practice, emergency and internal medicine. Dr. Parlier and her husband, Chris, welcomed their daughter, Rowan, in 2018, and their son Graham in 2021. Their family also includes two Chihuahuas named Duke and Rosie, a Boxer named Shelby and a horse named Delight. In her free time, Dr. Parlier enjoys spending time outdoors with her family, reading, Auburn football and being involved in activities within the community.

Dr. Duncan is a Carolina native growing up in Matthews, NC. She received her Bachelor of Science degree with honors in 2012 from Anderson University in South Carolina while pitching for their collegiate softball team.

After taking time off to gain more veterinary practice experience, she attended the University of Tennessee College of Veterinary Medicine. She has special interests in surgery, exotic animals, and behavior. Her love of watching the human-animal bond grow between her patients and their owners is the reason she chose to go into Veterinary Medicine, but more specifically, General Practice.

Dr. Duncan and her husband, Jeremy, welcomed their son, Liam in 2021. In her free time, she also likes reading, playing sports of any kind, and spending time with her family and friends. Along with playing softball, she also loves teaching and coaching aspiring softball pitchers.

Font Resize
Contrast
Accessibility by WAH
Call Us Text Us