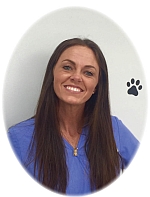 Chelsey graduated with Presidential honors from San Juan College and holds an Associates degree in Applied Sciences in Veterinary Technology. She has been in small animal practice for 16 years and began working with Dr. Curtsinger in 2002.

Chelsey has a special interest in emergency medicine and critical care. Chelsey, her husband Rick and her two daughters, Evie and Olivia, live in Charlotte and have a cat named Ray. She enjoys fishing, being outdoors and spending time with her family. 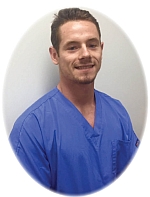 Devin is originally from Pineville, NC and grew up in Indian Land, SC. Growing up in animal hospitals, he has always had a passion for medicine and a love for animals. He attended South Carolina University, until going on to veterinary school. He currently attends St. George’s veterinary school plans on graduating in the spring of 2023. In his free time, he enjoys wakeboarding, fishing and spending time outdoors with his dalmatian, Parker. 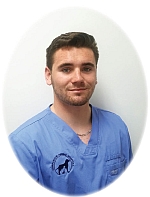 Dylan is originally from Pineville, NC and grew up in Indian Land, SC. Growing up in animal hospitals like the rest of his brothers, he too gained an interest in the field and has been working in the hospital since his teenage years. He attended South Carolina University and has recently been accepted to veterinary school and will be starting in the fall of 2021. Dylan and his dalmatian, Drako, enjoy going for hikes in the mountains, fishing and spending time outdoors. In his free time, he also works as a fire fighter in Pleasant Valley, SC. 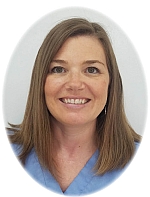 Denise is originally from Newport News, Virginia. After graduating from UNC-Wilmington, she began working at the first doggie daycare in Wilmington, NC. After moving to Fort Mill in 2006, Denise began working as a veterinary technician. She enjoys spending time with her husband, Chris, their son, Caden, their daughter, Myra, and two dogs, Angel and Brady. 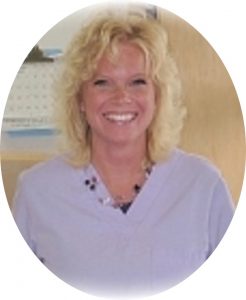 Laurie is from a small town in northeast Indiana. While living there she worked at an Equine and small animal practice for 18 years. She is a graduate of The University of St. Francis with a degree in Physical Therapy. She moved to Indian Land in 2007 with her family and began working at CAH in Aug of 07. When she is not working she enjoys going hiking and spending time with her children and grandchildren. She has an English Golden Retriever named Marla and a cat named Gnatalie. 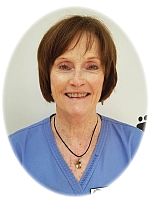 Susan has lived in Charlotte all of her adult life. Currently, she lives in Weddington with her many cats and boxer, Brendan. Susan is on the Board of Directors for a local animal rescue. Her passion is saving animals from shelters in the area. You may find her having a glass of wine with friends, hiking, riding her bike with the Divas from Total Cyclist or at the bar with Brendan. 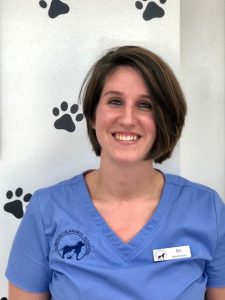 Bri was born and raised in Atlanta, GA. She attended college in Pensacola, FL and majored in nursing. By joining the team of Companion Animal Hospital, she was able to combine her passion for the healthcare field, and her love of animals. Bri, her husband Matt, and their son Xander live in Rock Hill, SC along with their dog Vinnie, and their two cats, Sasuke and Tigger. Bri enjoys outdoor activities, snowboarding and spending time with her family. 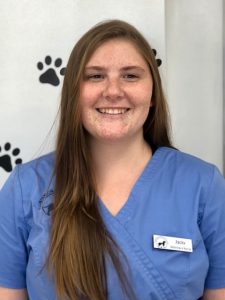 Jacky is originally from south Florida and moved to Indian Land, SC 10 years ago. She has an associates in science from the University of South Carolina and is currently continuing her education at Penn Foster to obtain a degree as a veterinary technician. In her free time Jacky likes to go on adventures with her dog Blu, hang out with friends and family, and go to the lake. 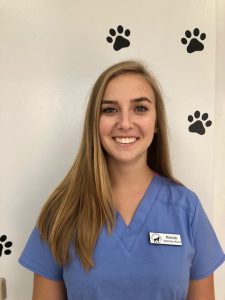 Hannah was born in Florida and grew up in Indian Land, SC. She attended Tri- County Technical School and recently graduated with a degree in animal science to become a licensed veterinary technician. Hannah has been a member of our team since interning as a high school student years ago and now works as a licensed veterinary nurse. She enjoys being on the water and hiking. In her free time, she enjoys spending time with her family and her three dogs, Max, Molly and Tucker, and her cat Benelli.

Font Resize
Contrast
Accessibility by WAH
Call Us Text Us